Mexico City is dense urban area with large parts of the population living in vulnerable communities (C-, D & E Mexican socioeconomic classes are below the urban poverty line). The youth living in these areas have been traditionally served by the public education system and therefore in most cases, they are deprived of a good quality education and access to new technology and much-needed ICT skills to compete with more privileged youth from private schools in other areas of the city. The socio-economic gap is still hindering the change of many of the youth in the city.

Our aim is to run the Solar Learning Lab program at the Escuela Benito Juarez Elementary School located in the Reforma district; this will not only impact the students at the school but will also benefit the whole community by giving them access to quality learning experiences promoting STEM subjects & ICT for children and youth. We seek to promote not only ICT and STEM subjects, but also 21st century skills and abilities that the global economy will require from Mexican youth in the years to come.

Within the lab, we will be teaching the children and adults in groups of 20; they will study ICT and robotics, programming, mechanics and other available courses such as: entrepreneurship, coding, servers maintenance and English to name a few. The educational model of Robotix goes beyond teaching technical skills, because it will allow children and young people to learn, identify and solve real life problems while having fun. The project will use the Solar Learning Lab to enable the delivery of the Robotix curriculum, an innovative methodology and deliver Life Skills for up to 5520 students. 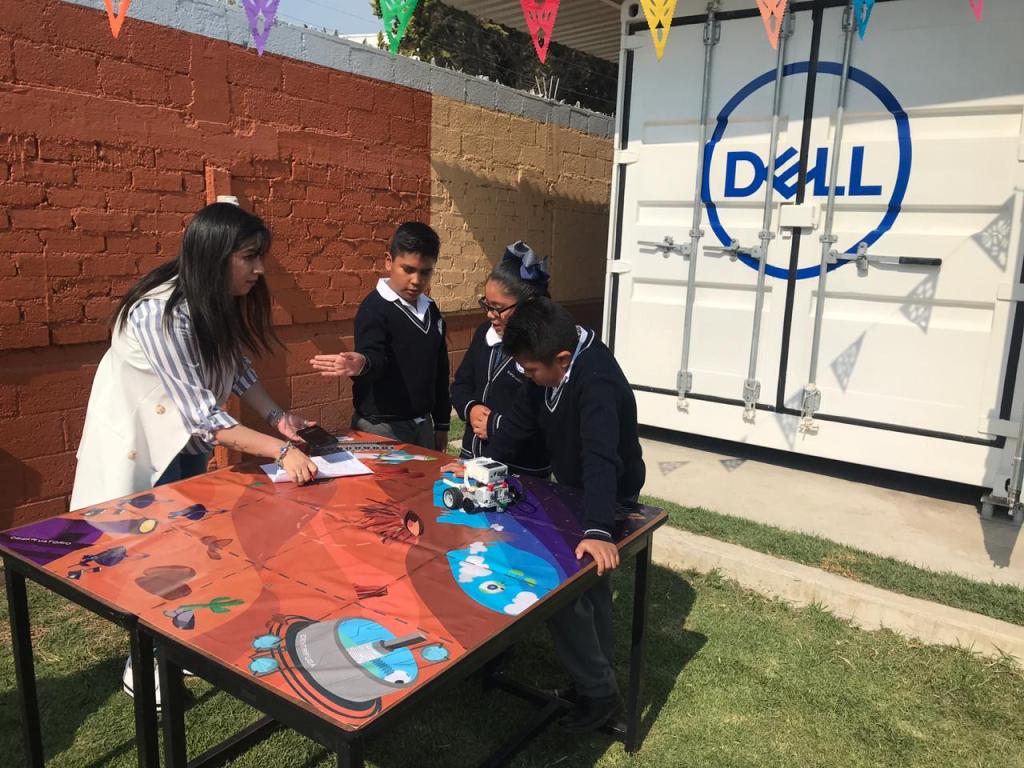 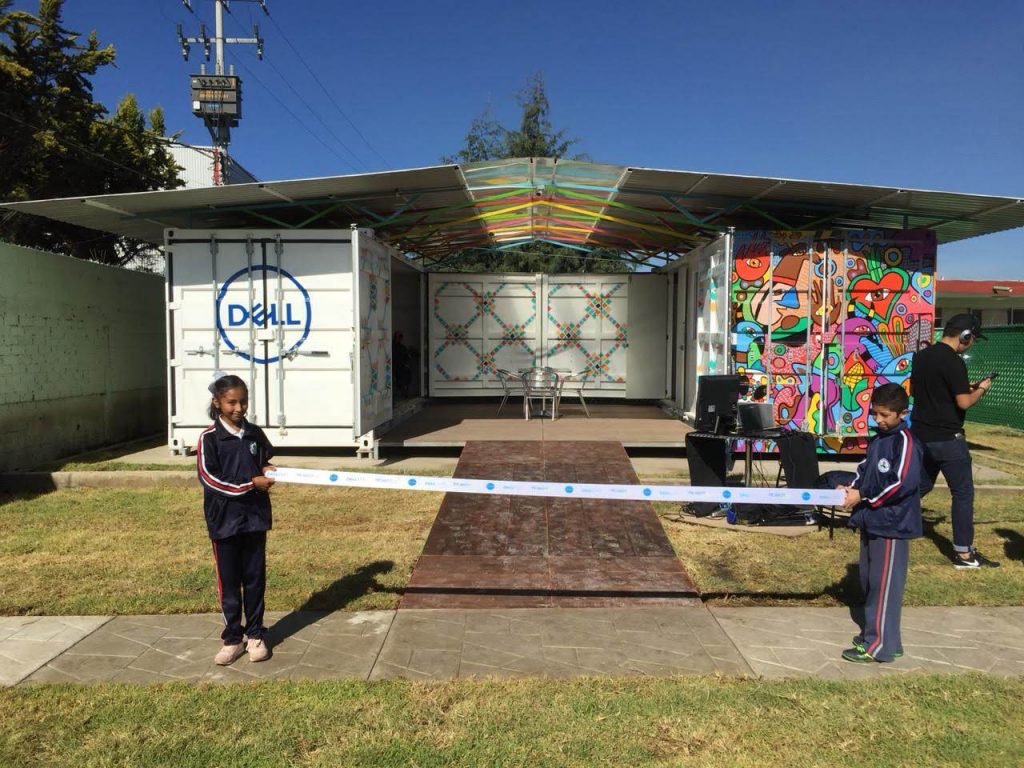 Three students the lab in San Mateo, Mexico have come forth in a national robotics competition.

The Robotix Faire 2020 saw hundreds of young people tackle challenges with robotics, with the team from San Mateo looking at the issue of transportation in their city.

“The activity that produces the greatest amount of greenhouse gases in our community is private transportation.”

Although the lab is currently closed due to the Coronavirus, the students were able to study at home with the help of their instructor Juan Vitaliano Pacheco, and built their project, the JAR BUSS. Over three weeks, Rita, 10, Rodolfo, 11  and Aranza, 9 completed the project using an Arduino, electrical items from our partners at Robotix, and household items such as boxes and bottle caps.

Their solution was to create a driverless bus which would transport the same amount of people as 10 private cars, the current popular option in their community, using only a third of the energy the cars would have needed.

They considered electric cars as an option, but currently, the electric cars in the area still get their energy from the electrical network, which  obtains electricity through the burning of carbon in 73% of cases. The team researched and found that local people weren’t using public transport because it was often slow, and the drivers were rude, so the bus being driverless was a big factor in their design.

They used an Arduino and ultrasonic sensors which allowed the bus to stop if there was an obstacle in the road and restart once it had moved, with the bus powered by a rechargeable battery.

In addition to this team coming 4th, another team from San Mateo won the award for best research, team Eolix – Mariana, 11 and Santiago, 13. They came up with an Eolic (wind-powered) public lighting system as a green alternative to more common forms of power generation which pollute our planet, and as an answer to the lack of public lighting in their community which makes the streets feel unsafe.

The results from just 2 years of access to technology and robotics training speaks for itself! We look forward to seeing what these young people achieve in the future with their new skills. 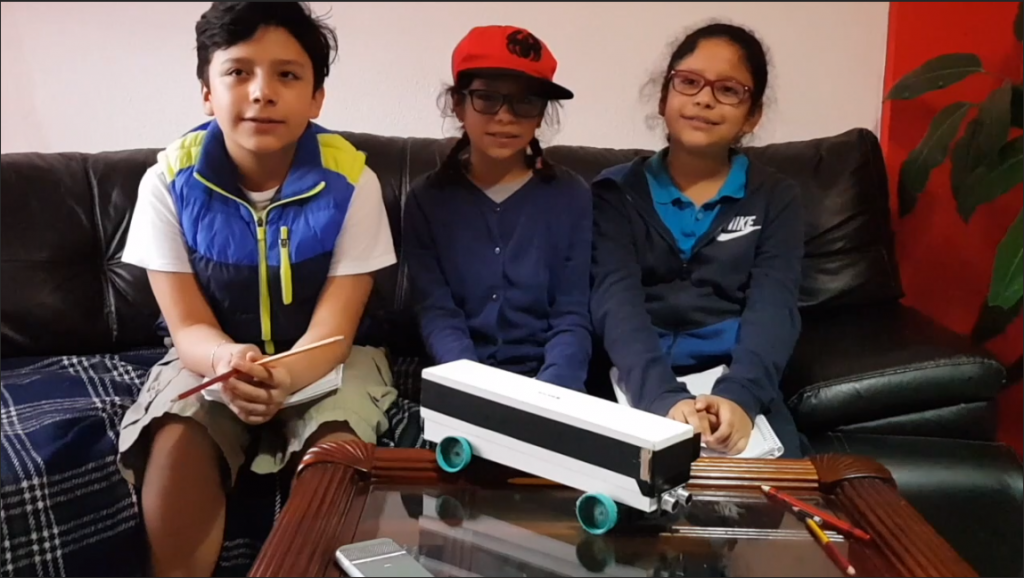 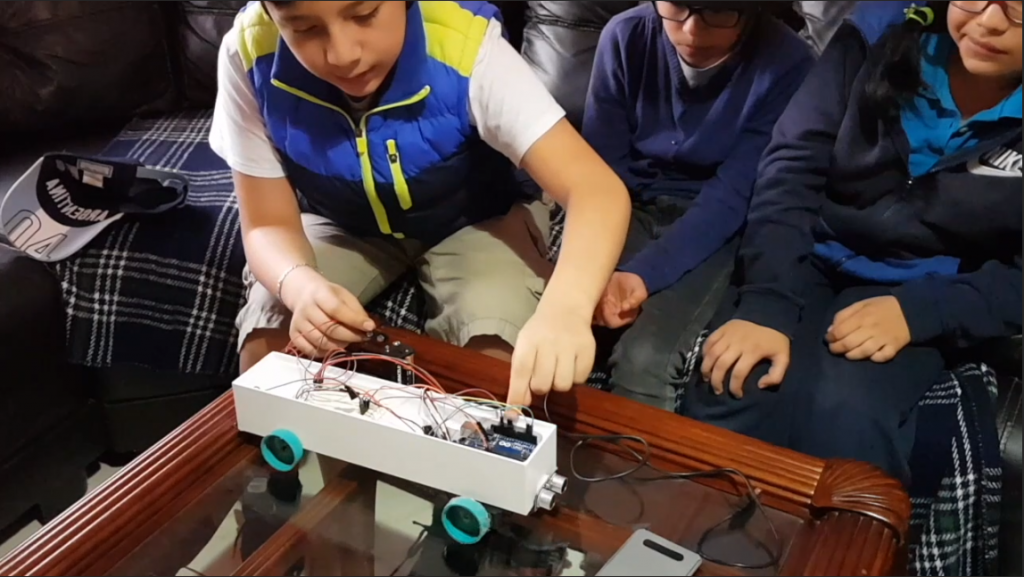 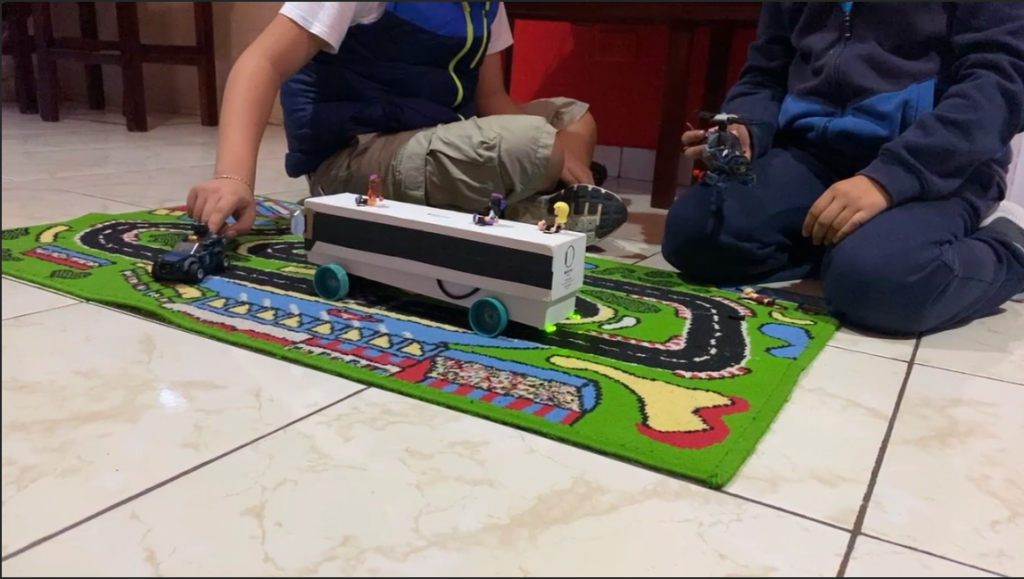